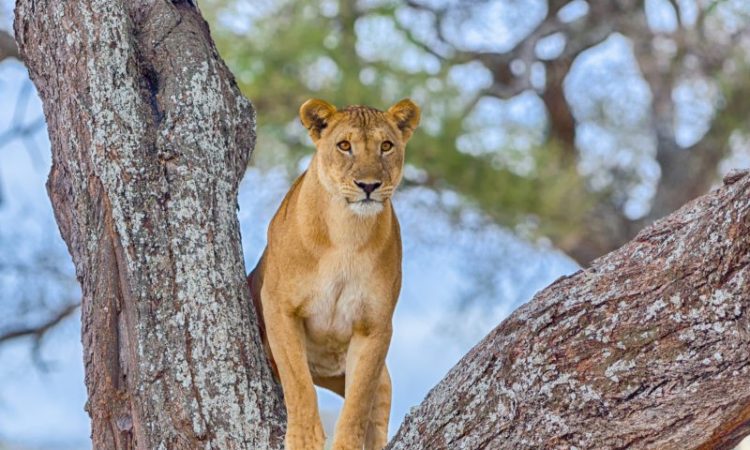 Spending Holidays at Tanzania National Parks :  Spending a holiday exploring Tanzanian parks is a once-in-a-lifetime experience for every safari-goer. Walking through such untouched lands enriched with virgin Mother Nature is unforgettable and memorable experience. A trip to Tanzania will make you explore every adventure of their choice. Whether you are safari lover, mountain climber, swimmer, snorkeler, hiker, birder or culture explorer, you will be impressed by what Tanzanian parks have to give to you. Tanzania is home to about 17 national parks including to the spectacular Serengeti National Park, the mighty Kilimanjaro National Park and splendid Arusha National Park among others. Every park in Tanzania has its unique feature or attractive such that visitors cannot generalize the beauty they found in one park as similar to other parks. You will be interested in visiting them one after another. Let’s explore one park after another so you can choose best destinations for you.

This a favourite destination for many safari-goer, a world-famous park which hosts the world’s spectacular event, the Great Migration. Serengeti has a lot to offer to her visitors who devote their precious time wondering on her natural beauties and stunning attractions. There a lot of things you can be doing during precious holiday at Serengeti National Park. Here are the top things to do in Serengeti;

Trekking the Great Migration; If you know little about this magical event, here is its short description. Great Migration is a never-ending annual circular migration of wildebeests along with zebras and gazelles. About 1.5 million wildebeests, 250,000 zebras and 200,000 gazelles migrate from the south of Serengeti to the north into the Masai Mara National Reserve in Kenya. This biggest mammal migration on earth happens from May to December. The herd starts moving from the south when rainfall stops between April and May. It herds eastwards then westwards and finally northwards crossing the magnificent Mara River into Kenya.

In Serengeti, there are mobile camps designed to give you first-hand interaction with the migrating herd. The most interesting part of this migration is one crossings of the Grumeti and Mara rivers. Best-selling films featuring the Great Migration are said to be shot in these two rivers. You will witness unappalled views of wildebeest trying to survive through high-speed flowing water and hungry Nile crocodiles.

Viewing the Big Five; Serengeti is one among two guaranteed destinations in Tanzania for viewing all the Big Five animals on a game drive. These animals are not actually big the term suggests. Unfortunately, giraffe is not in the list of the so called “Big Five” even though it is large in size. The term “Big Five” was used by early hunters to five animals difficult to hunt. They are a big threat to their hunters. These animals include lion, leopard, buffalo, elephant and the black rhino.

Hot air ballooning; Serengeti National Park is interested in imparting happiness to its distinguishable visitors. A hot air balloon is designed to make tourists explore the “endless plains” and wildlife of this great park in a bird’s eye view. You will be floating slowly on air while enjoying views of dazzling animals and birds.

This is a masterpiece of the mysterious Kilimanjaro region where many visitors gather there for hiking and climbing. Kilimanjaro is not much richer in wildlife like Serengeti. It is a best destination for mountain climbers and hikers. It is home to Mount Kilimanjaro, the highest peak in Africa and the tallest freestanding mountain on earth. Its highest peak, Uhuru peak is 5895m high above the sea level, Spending Holidays at Tanzania National Parks.

Climbing Mount Kilimanjaro; Thousands of visitors go for climbing this mountain yearly. There are seven routes for climbing this mighty mountain to the summit which include Machame, Lemosho, Northern Circuit, Rongai, Umbwe, Shira and Marangu. A route to the summit takes 5 to 9 days. Unlike other peaks among the Seven Summits, Uhuru peak is the easiest one. It can be climbed by both amateurs and hobbyists. 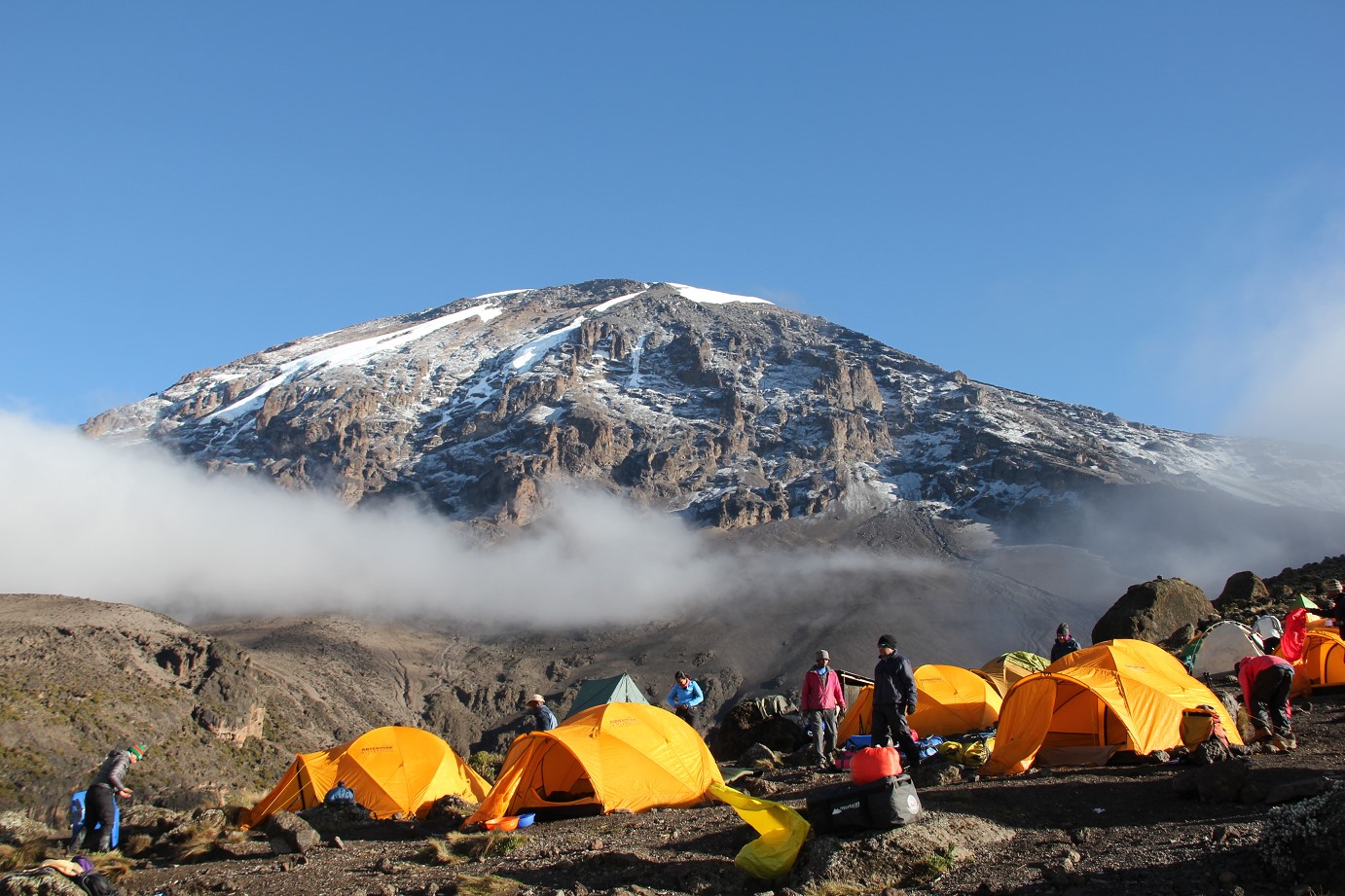 Situated in the Arusha region, Arusha National Park is a smallest park in the northern part of Tanzania (Northern Circuit). This park offers a unique experience of combining wildlife adventures and mountain climbing. It is home to world’s largest population of giraffes.

Climbing Mount Meru; Mount Meru is a ‘little brother’ of the majestic Mount Kilimanjaro. Its highest peak, Socialist Peak is about 4566m above the sea level. Three to four days are enough to climb this mount to the summit.

Other features you can explore in Arusha National Park include the dazzling Ngurdoto Crater, a swampy crater where you view games like buffalos, warthogs, giraffes, elephants and antelopes. The Momella lakes, a series of seven lakes is another superb feature for you to canoe or observe the colourful flamingos.

Situated in the Northern Circuit of Tanzania, Tarangire is a splendid destination for wildlife adventurers. It famously known as known for hosting largest population of birds than any park in Tanzania. Spending your gracious holiday in this park, will make you enjoy doing thrilling activities like;

Birdwatching; Like I said, Tarangire is home to over 550 avian species which decorates the ever green vegetation. Birds are highly concentrated during the breeding season that happens between November and April. Endemic species include Ashy starling and Rufous-tailed weaver while the near-endemic species include Northern pied babbler. Endemic species can only be spotted in Tarangire only while near-endemic can also be seen in other parks in Tanzania. Frequently encountered birds in Tarangire include Ostriches, Hornbills, Kori bustard, Rufous-tailed weavers, Ashy starling, Yellow collared lovebirds, Spur fowls, Bee eaters, plovers, eagles, vultures, swifts, hammerkops, owls, Helmeted Guinea fowl, Crested Francolin, Lilac-breasted rollers, barbet, mouse birds, and striped swallows among others, Spending Holidays at Tanzania National Parks

Game viewing; This is another thrilling activity to be done in Tarangire. It is always done in the dry season. Large herds of herbivores including the world’s giant land animal, African elephant gather near the Tarangire River which acts a lifeline of the park. It never dries. Therefore, Tarangire National Park receives a large population of wild animals in the dry season. A game drive through riverine forests of Tarangire is superb and remarkable.

This is one of the bucket list for most safari-goers as it combines wildlife and water sports. Have you heard of the tree-climbing lions? These beautiful species of lions are highly concentrated in this park. Here are some top things to do in Lake Manyara;

Viewing wild animals; The most interesting part of this activity is the sightings of tree-climbing lions resting on branches of baobab or acacia trees. You will also encounter other animals like antelopes, buffalos, warthogs, zebras, wildebeests, elephants, lions, leopards, hyenas, cheetahs, elands, topi, gazelles, giraffes and many others.

Canoeing; In Lake Manyara, visitors can enjoy interacting with the aquatic animals and plants by booking a canoe safari. This one is unforgettable as you will encounter the dense population of pink flamingos. These water birds prefer soda lakes especially in the shallow water, because they feed on spirulina algae that are readily available in alkaline lakes. Other water birds can also be seen in the shallow shores of this lake.

Visiting the Mto wa Mbu village; The world-famous Maasai tribe are residents of this village. They are charming and happy to see visitors coming into their homes. Maasai are very creative; they make handicrafts like the so called Maasai sandals and other artefacts worth purchasing. They also perform traditional dances for visitors on a special request, Spending Holidays at Tanzania National Parks

Canopy walkaway; This is a 500m walkaway on top of trees usually conducted in this park. You will experience observing the green trees and animals grazing at about 15m on air. You will encounter the clever colobus monkeys and unique baobab trees on your walk.

Situated in the Eastern Coast of the Indian Ocean, Saadani is an off the beaten track destination for visitors who are interested in combing wildlife adventures with beach holidays; yes, wild beach of course.

This park is located in southern part of Tanzania. Visitors prefer to call it as “Serengeti of Flowers” as it is home to over 350 species of flowers. It also hosts wild animals like antelopes and Kipunji monkeys.

Other parks for spending your holiday