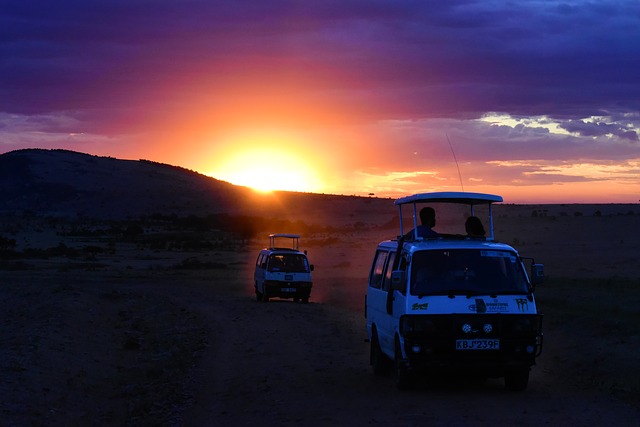 Sections of Serengeti : Serengeti National Park  spans 12,000 square miles (30,000 square kilometers) all the way across the Kenyan boarder and it’s for this reason that its divided into 4 sections the northern section, central, southern, and the eastern section. Although there is no doubting the spectacular scenery and wildlife of the Serengeti, it is important to travel to the correct areas of the region at the right time of year. Broadly speaking, one needs to follow the migration! From late December to March/April, safaris should be based in the southern Serengeti, from late April to early July, the central and western sectors of the park, and from mid July to early November the north of the park. From mid-November to mid-December, perhaps the least predictable part of the migration, the central Serengeti makes most sense

THE SOUTHERN AND CENTRAL SECTION

The popular southern/central also known as the serona valley, is what the Masai called the “serengit”, the land of endless plains. The classic savannahs, dotted with acacias and endowed with wildlife make it undeniably the most attractive section. To the south-east, the short grass plains, dotted with granite outcrops and containing Olduvai Gorge, fall into the Ngorongoro Conservation Area. The best times to visit this part of the park is from December to March/April) part of which is the calving season as the animals prepare to the great migration.  Over 800 calves are bithed a day over a period of  3 weeks in February in the rich grasslands of Ndutu and Kusini. It is a perfect section to visit during migration season, but becomes very dry from July to October.

Masai villages are found throughout the Ngorongoro Conservation Area all the way to the highland so how about you check them out while you are in this part of the park. The Masai are the only tribe like the Serengeti the has almost remained intact over the years sticking to their traditional practices and beliefs up to date including their popular colorful outfits.  Off the road driving and nature walks are permitted mostly in the central part of the

Some of the scenery is spectacular, especially around the Gol Mountains in the north-east of the region, where remote cultural experiences can also be enjoyed.

On the nearby lakes of Ndutu and Masek  flamingoes flourish displaying their beautiful pink  and in the acacia woodland other birds flourish too offering birders a good view . the Maswa game reserve south west of the Serengeti provide pasture  for buffaloes,  hartebeests, impalas , gazelles among other in the dry season. The black rhinos can also be spotted in the areas of the oldvai gorge. This part of the park is perfect to visit all year round.

The Eastern section if one of the Sections of Serengeti. October and November are the perfect for the eastern Serengeti safari when the migrants are returning to Serengeti from the Masai Mara national park in Kenya into the replenished green plains that are waiting to receive them. The sections east of the Grumeti river going through the lobo and loliondo under the Gol Mountains.

The cheetahs will be waiting in large numbers too in those areas to pounce on the unsuspecting gazelles, impalas, alongside other migrants. The wildebeests will cover most of  eastern central plains as they after the long rains that replenish the grass and the water supplies. Awy from the migration this section offers beautiful views and is a perfect place to visit while on your safari to Tanzanian or Serengeti national park.

The eastern edge of the Serengeti, offer all year round spectacular views of wildlife , awesome scenery of beautiful grasslands dotted with kjopes that are perfect hiding places for many games especially the predators.

The western corridor is marked by the Grumeti River, and has more forests and dense bush. The area takes on the shape of a massive valley that runs east to west boardered by hills to the north and south. This arrow corridor that flows towards Lake Victoria is about 50 metres long. Common game in this are the rare Colobus monkey, Nile crocodiles, large herds of topi antelopes, elephants and good concentrations of carnivores.

Towards the end of April, may and June the western corridor is swarmed by large herds of wild beasts escorted by zebras, eland and impalas south 0f the river. It is not uncommon to catch a glimpse of predator following in pursuit later on in action. However these are not the only danger they need to fear, ahead large Nile crocodiles wait on them and the daunting waters too, many never live to survive this journey.

The breathtaking scenery of bright green landscape stretching across infinity punctuated by a bright blue sky is something you shouldn’t miss on your western corridor safari.

The Grumeti reserve hosts a great deal of animals like the rare and shy L’Hoest’s monkey that resides in the woodland area alongside the patas monkey. This Grumeti River and the Reserve are part of the western corridor or section of the Serengeti national park it also covers fort Ikoma wildlife area.
Outside the park, guided wildlife walks are permitted and while at it one can spot the myriad birds most prized by birders, Grey-breasted spur fowl, helmet shrike, Rufus-tailed weaver and Fischer’s lovebird, amongst hundreds more.

In the reserve part  of this section night game drives are permitted and while there one may encounter the elusive leopards or nocturnal porcupines, aardvarks, honey badgers and bat-eared foxes. These activities are limited to there reserve and not permitted for the Kirawira Area, which is within the national park boundary, though you will appreciate the fantastic views across the magnificent landscape during the day dotted with speckled flora and fauna.

The northern section of Serengeti National park is also Known as the Lobo area, this is where the Serengeti meets up with Kenya’s Masai Mara Reserve, this is by far the last popular part of the park. This portion of the  park remains unexplored yet it is endowed with stunning landscape and an abundance of wildlife. During the dry spells of July- November one can experience the large herds of wildebeest migrants and their zebra and antelope friends. Other residents of the area include but to limited to lion, elephant, hippo, giraffe, crocodile and the rare oribi antelope

This area of the park is the climax to migration away from the crowds that await for the migration in the bordering Masai Mara national reserve which is their destination across the Kenyan boarder. Majority of the animals at this stage are tiered from the river crossing but they demonstrate their willingness to survive in a dramatic encounter against a backdrop of the western escarpment rising hills and the golden plains beyond.

A number of animals use the riverine woodlands as a safe haven, hyraxes, mongooses bush babies and other nocturnal animals inhabit the fig trees in the woodland.  The dry season is also a season for new baby cheetahs, lions, leopards among others. The section is also rewarding to the birders with sights like the vultures, eagles, red headed weavers among others.