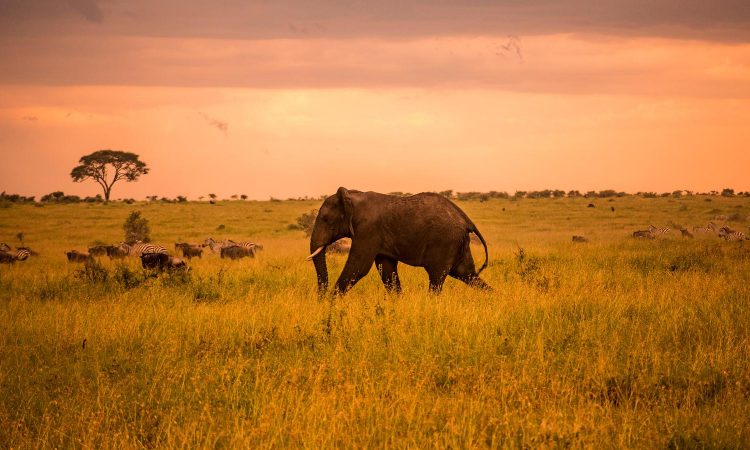 Features that make Serengeti National Park Special ( what makes serengeti  a special place) ; Serengeti national park with no doubt is the best wildlife game viewing destination not only in Africa but the whole world. Located in the North Central part of Tanzania bordering Kenyan famous Masai Mara national Game Reserve and Ngorongoro conservation Area in the South. The park is one of the parks each trailer wishes to explore during their dream safaris to Africa especially Tanzania.

Serengeti national park is a home of over million wildebeests that annually migrate with thousands of Zebras and other animals. The park hosts the largest wildebeest migration which is part of the features that make Serengeti National Park Special not only in Africa but whole world making it the most popular destination in Tanzania. Serengeti has the oldest ecosystem in the world, with a flat altitude of around 6,070 feet making it mostly dry and warm thought the year hence contributing to the annual movement of animals from one sector of the park to another as they look for new pasture and water.

The Serengeti park is a must visit area for all the travellers who need to have wildlife experience of Africa viewing the African Big 5 those are Lions, Leopards, Buffalo, Rhino and Elephants not forgetting the cultural and historical part of Serengeti. Serengeti has the only active volcano Ol Doinyo Lengai which ejects carbonatite lavas that most times turn to white ashes when exposed to the air. The local Maasai people like this ash for construction since if mixed with water forms very strong cement. These add to the Features that make Serengeti National Park Special.

Serengeti open plains are dotted with a good number of granite and gneiss outcroppings sometimes known as Kopjes that are largely formed under the results of Volcanicity. The most common and popular Kopjes is called locally the Simba Kopje or the Lion Kopjes where the largest pride of Lions are found spending most of their day resting at the rock.

Vegetation of Serengeti national park which is dominated by the short grass from the south to the woodlands in the West and North Serengeti. This has also determined the amount of rainfall received per year, the North generally receives more rainfall than the South and central Serengeti.

Animals of Serengeti national park: The blue wildebeest are the greatest inhabitants of Serengeti national park. Other animals are the Zebras, Gazelles, kobs, Antelopes, Oribi, Dik dik and others are the most common on the Antelope family. Serengeti has over 35 species of animals of plain animals, over 3000 lions and large number of Hyenas, leopards, 30 rhinos, Giraffes, Hippos, Baboons, Cheetah, crocodiles and others. The blue wildebeest migration which is an annual event attracts thousands of tourists to Serengeti and this is one of the unique events in the world that makes Serengeti national park more unique from the rest of the parks. The wildebeest migration is a circular event that start from the South during the calving season and ends again in Ndutu when the wildebeest comes back again for the calving season next year.

Each year over half million wildebeest and other animals like Zebras and Gazelles move around looking for fresh water and pasture. The climax of the migration is on July when the blue wildebeest cross the Mara River to the Masai Mara national Reserve of Kenya amidst the tough sharp canines of the large Nile crocodiles and other inland predators like lions, leopards, Hyenas and others. During the movement most of the animals die here as we witness the survival for the fittest as hundreds die while crossing some by drawing while others attacks from the crocodiles and other predators. Every year more than a tone of dead bodies are found at the river banks feed by Vultures, fish and other small crocodiles as well as small animals and maggots

Culture of the Maasai Mara: The trips to Serengeti national park are supplemented by the visit to the local Maasai people, some camps have evening entertainment of the guests by the locals. The Maasai have been leaving around the park for over 200 years now and this makes the park very unique. All these combined make up the Features that make Serengeti National Park Special.