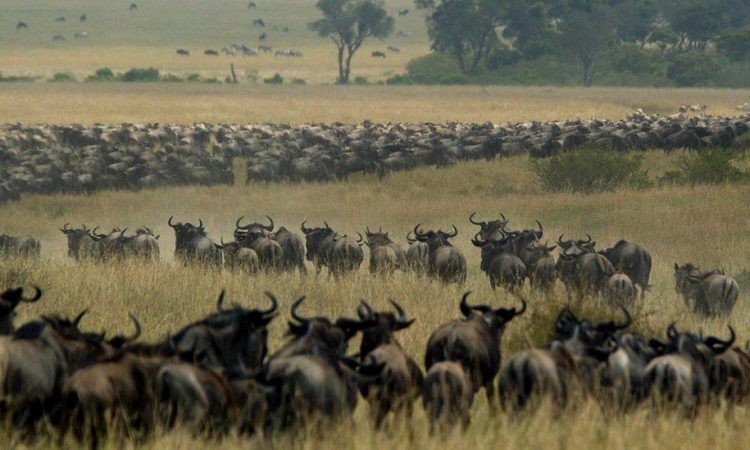 Top 5 attractions in Tanzania: Tanzania is one of the most beautiful countries in Africa, that offers plenty of attractions such as natural resources, second highest mountain in the world (Mount Kilimanjaro), famous National parks, historical sites, cultural attractions and many different things one can participate while in Tanzania hence make the country most popular and known for tourism activities.

Unforgettable Tanzania is a blessed country with stunning national parks like Serengeti national park known for the great migration of the wildebeest and the Ngorongoro conservation area with its epic Ngorongoro crater formed as a result of volcanic eruption and it is the home for many animals especially the big five, Tarangire national park the park with large number of elephants, tree top walk away activity and bird species, Lake Manyara national park with the hot spring where activities like biking outside the park to the lake Manyara can be done without forgetting the Arusha national park the best park with canoeing activity in the Momela lakes and without leaving behind the southern circuit with the parks highly in the number and herds of big elephants and lions the Ruaha national park together with Selous game reserve.

AS Tanzania is the home of the second highest mountain in the world the Kilimanjaro Mountain where tourists prefer for climbing purposes which may take five to nine days depending on the route used. The mountain peak or summit is very attractive with its snow crest and every one succeeding to reach the top must take a picture and are also given certificates. Hiking also is done to other mountains like the Uluguru Mountain in Morogoro region and mount Meru in Arusha which is in Arusha national park therefore visitors can have a chance to walk in natural trails along the slopes and foot hills of Mount Meru.

Embark in Tanzania the beautiful country with different cultures depending on the tribes where each culture is best and unique especially the Northern circuit where tribes like Hadzabe and Datoga mainly found in Lake Eyas and Natron at Eyasi Datoga campsite, Chagga in Kilimanjaro famous in making local beer made  by ripe bananas In Mto Wa Mbu village visit in Manyara where visitors are given chances to feel the test and  Maasai village visit in Ngorongoro conservation area where the visitors have chance to see the Maasai dressing style and have a test each is paid for and the amount paid worth it, also Maasai people have ability to jump in the higher height comparing to other tribes. Maasai people mostly found in Ngorongoro areas their dressing style is very unique as they wear Maasai Shuka which attract tourists. All these make the Northern circuit mainly Arusha the best place for cultural tours.

Bagamoyo city is the best place for museums and historical sites like the Old German, Boma, Old fort (Ngome Kongwe), Caravan Serai the slave market, first missionary church, Kaole ruins where the first mosque and the lover’s graves are found, also magical well which is believed that once you take shower with the water you drive away all evils and the big baobab. Also, Zanzibar Island is the other place where historical remains of the past like the main slave market, stone town the main area where visitors never miss while touring Zanzibar.

Most tourists visiting Tanzania national parks be it in the northern or southern circuits take their time like three days to four days of visiting islands like Zanzibar, Pemba and Unguja mainly for refreshment due to beaches available, others go to the farm and learn how spices are cultivated, harvested and prepared, the guest have the chance to participate in all preparations of the spices and also have the test as Zanzibar is the main spice island.

Apart from all these attractions Tanzania also provides the best accommodations like camping which leave the visitor with the unforgettable experience as sometimes you can hear sounds of different animals outside the camp like roaring of lions which is the adventure and sometimes gives a clear view of the animals while in the camp, Tanzania environment is scenic and stunning with freshy air and good climate which attracts high number of tourists.