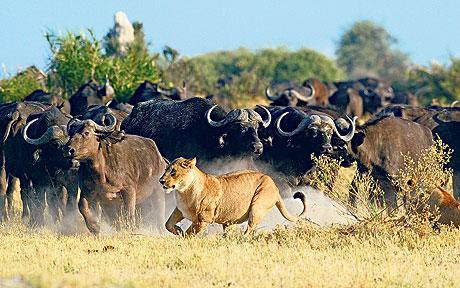 The national reserve is located in the Southern part of Samburu National Reserve lies on the opposite side of River Ewaso Nyiro. The river was named after the crystal clear Oasis water found at the western end of the Reserve. Buffalo springs national reserve occupies an area of 131 square kilometers.

The reserve is found 301 kilometers from Nairobi using A2 route and 358 kilometres via Nairobi –Meru route. The drive is long but much scenic and rewarding passing through small and big towns. One has great picture time at equator after having a tea stop at Nanyuki town, the road network is very good well marram road which leads direct to the main gate of the reserve. One can access the reserve by road which is more scenic and adventurous but taking 6 to 7 hours drive. On the other hand, someone can decide to use flight with daily flights that depart Wilson airport twice a day. One can also schedule a flight from other national parks or game reserves like Masai Mara national game reserve, Meru national park and others.

Buffalo springs has been less visited reserve among all the national reserves in Kenya. The reserve is ideal for guests who like a more private and easy place which is less crowded areas. There are many different attractions found in Buffalo springs national reserve which range from the scenic views of nature to abundant wildlife.

Flora: The reserve boasts of a good number of vegetation types that range from riverine forests found along the Ewaso Nyiro River to open woodland vegetation. The vegetation is dominated by Acacia woodlands, bushland which has Commiphora. The other tree species at the reserve are Tooth-brush tree which is the most favourite food for the Elephants, yet it is used as a toothbrush by locals hence getting its name from that.

Fauna/wildlife: Buffalo springs national reserve is a home of permanent residents like Elephants, zebras, leopards, cheetahs, hyena, lions, hippos, crocodiles, giraffes, oryx and many more. The river is a source of water for both wildlife and locals around the area. The reserve has over 400 bird species recorded with the most dominant bird species being the open savannah birds like secretary birds, eagles, Vultures, ostriches, lovebirds, buffalo weaver, Sunbirds, Taita falcons, kestrels mention but a few.

Activities in the Reserve

Game viewing: The national reserve is one of the best wildlife viewing destination, untapped and unique reserve. The reserve is a home of 4 of the African big 5 with only rhinos missing from the reserve but can be complemented with visit to Samburu national reserve to complete your African big 5 dream. All the animals at the reserve are permanent residents and that makes the reserve to be visited throughout the year though its best time is during the dry months where your game viewing activity will be amazing.

The big game can be viewed in good pop up roof safari cars which are either 2 wheels drive or 4 wheel drive. The most sited animals are Elephants, lions, leopards, giraffes, hyenas, buffalo, impala, zebras and others.

Birding: With over 400 bird species, the reserve is birding paradise for birders. The reserve is a home of rare bird species with both water, open savannah and forest bird species available at the park. In fact, one kills two birds using one stone while in Activities in Buffalo springs national reserve. The most viewed birds at the reserve at Sparry Hawks, plovers, eagles, goshawks, Cisticola, Francolin, bulbul, sunbirds, secretary bird, buffalo weaver mention but a few.

Nature walks: Nature Walks are a more great experience to guests as you experience the best of Africa on foot led by the game ranger. The guided nature walks always go through the Ewaso river down to the Riverine forests and shrubs. This is good for birders mostly where you will get enough time to view and follow the birds.

When to visit Buffalo Springs

Buffalo springs national reserve always experience increased traffic during the long dry months from June to October. The reserve can be accessed throughout the year since the wildlife at the reserve are permanent residents. On the other hand, birders prefer to visit the reserve during the rainy season when the birds are nesting

Though the reserve is not good for the big game it has a good scenic view as well as good back up from the neighbouring reserves that give you chance to see all the African big 5 during your visits to the Northern reserves of Kenya.