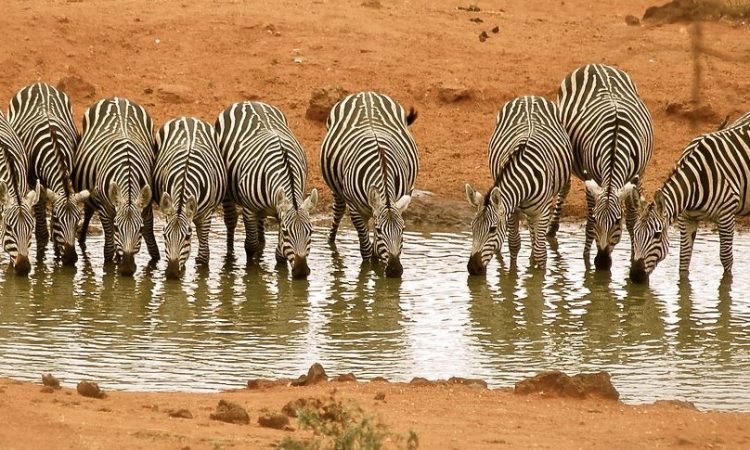 Tsavo west national park was formerly inhabited by wata hunter-gatherers, Masai pastoralists, Orma people and a few numbers of the Kamba people until the time of the rail construction in the region, the area was also a habitant to millions of lions referred to man-eaters of Tsavo who challenged the process of railway construction. The lions fed on Indian and Africa rail workers, after the completion of the rail the area that is Tsavo west national park was gazetted in 1948 to protect the lions and conserve other ecological system in the park and in 1960 it became popular as a result of a first charter flight arriving in Mombasa.

Mzima springs is the fascinating attraction in Tsavo west national park, the springs have crystal clear water created with a chain of lakes, the waters are in the springs are filtered  through volcanic rocks of Chyulu hills. Mzima springs are shaded by majestic fig and acacia trees creating a scenic view, lakes at Mzima springs host large crocodiles, fish and hippopotamuses making the spot an ideal place to visit while on a safari in Tsavo west national park. 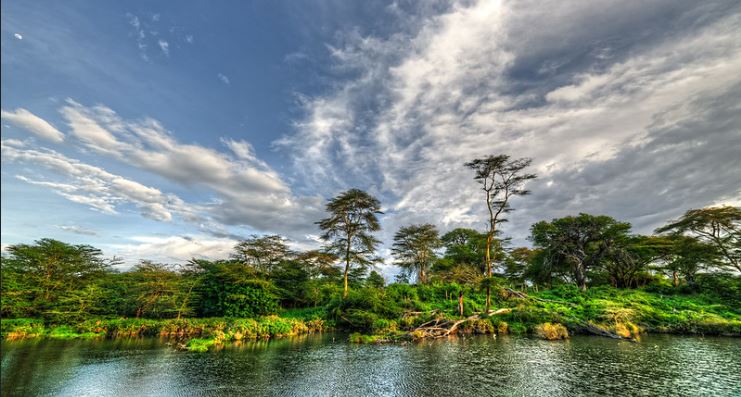 Shetani lava flows in Tsavo west national park are a few hundred years old hardened lava flow, this lava flow is the largest among a series of lava flow. Shetani lava flows are named after a Kishwali word Shetani meaning devil, this is out of the impression the villagers got as they witnessed the flaming lava erupting from the core of the earth, and they imagined it was the devil coming into their precious world. Shetani lava flows consists of several places where you can stretch your legs and has numerous lava caves below the surface

Tsavo west national park is a certified habitant for a variety of animals which successfully thrive in various vegetation covers dotted around the park such as open grasslands, scrublands, acacia woodlands and riverine vegetation. Animals in Tsavo west national park include Leopard, Cheetah, Wild dogs, Buffalo, Rhino, Elephant, Giraffe, Zebra, Lion, Crocodile, Mongoose, Hyrax, Dik- dik, Lesser Kudu, hippopotamus, cheetah, lesser kadu, klipspringers, fringe-eared Oryx, gerenuk, nocturnal Porcupine and many more. These animals are easily spotted in the wilderness of the park most especially around the watering holes, these caves were notorious for trapping prey animals which were on search for water inside the caves. 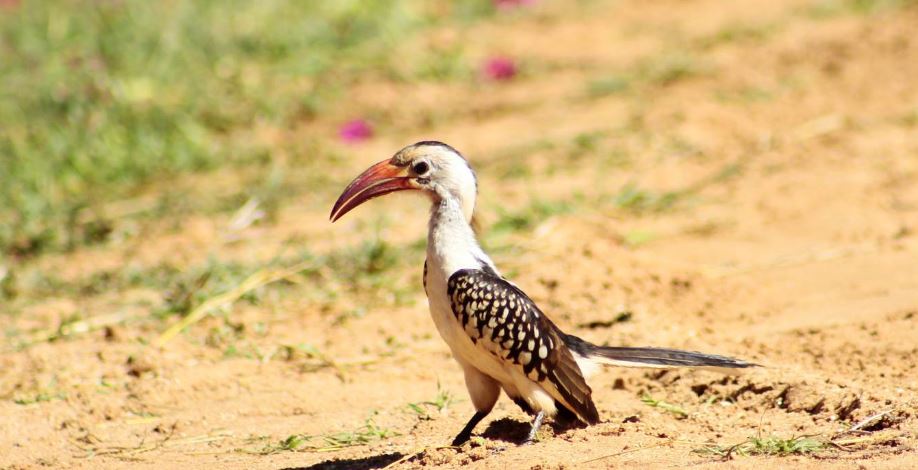 Tsavo west national park is dotted with several steep region created by volcanic cones with Chaimu crater as one of them, Chaimu crater facilitates hiking expedition in the park offering a hike of 30 minutes -1 hour duration to the summit. At the top of the crater you get 360 degree views of the park.

Tsavo west national park is made up of dramatic steep slopes and cliffs found in the fur east region of the park, these include Rhodesian hill, kichwa Tembo and Ngulia. These amazing hill and cliffs are only accessing through an organized bush hike with accompaniment from KWS rangers.

Tsavo River is a seasonal river creating the southern boundary of the developed area of the park, the river is fed by rain and snow fall from mountain Kilimanjaro.

Bird watching in Tsavo west national park is an exhilarating safari activity done while as you visit numerous regions of the park, the park is hosts a huge population of bird species recorded to be over 400 species with over 100 migrant and resident bird species. Bird watching in the park is a chance for you to spot bird species such as marsh warbler, river warbler, red-backed shrike, thrush nightingale and common whitethroat, golden-breasted starling, lesser kestrel, marsh warbler, martial eagle, Narina trogon, northern brownbul, Pangani longclaw, red-backed shrike, red-bellied parrot, river warbler, rufous chatterer, Shelley’s starling, slender-tailed nightjar, somali bee-eater, somali bunting, somali ostrich, Taita falcon, Taita fiscal, thrush nightingale and many more. The best spot to visit while on bird watching safari is Ngulia hills which is situated along one of the world’s busiest avian migration routes, bird watching in the park is good throughout the year but the best time is the period November – April .

Nature walks experience in Tsavo west national park is a chance for a tourist to explore numerous attractions found in the park by foot, nature walks are headed by a professional guide. While walking through the park you visit attractions like Shetani lava flows, Mzima springs, caves, hill and cliffs and Chaimu volcanic crater.

In Tsavo west national park has a variety of accommodation options you can chose from while on a safari in the park, accommodations include

Tsavo west national park is part of the Tsavo national park one of the largest conservation areas in the world, the park is located in in south eastern region of Kenya at a distance of 240 kilometers from Nairobi. The park is accessed using gates like Tsavo gate and Mtito gate, a tourist from by using both road and air transport means, by road there is many routes leading from Nairobi that is a high way from Nairobi leading to Mombasa. By air transport flights from Jomo Kenyatta international airport and Wilson airport in Nairobi to  Kilaguni, Finch Hattons and Ol Donyo Wuas airstrips.