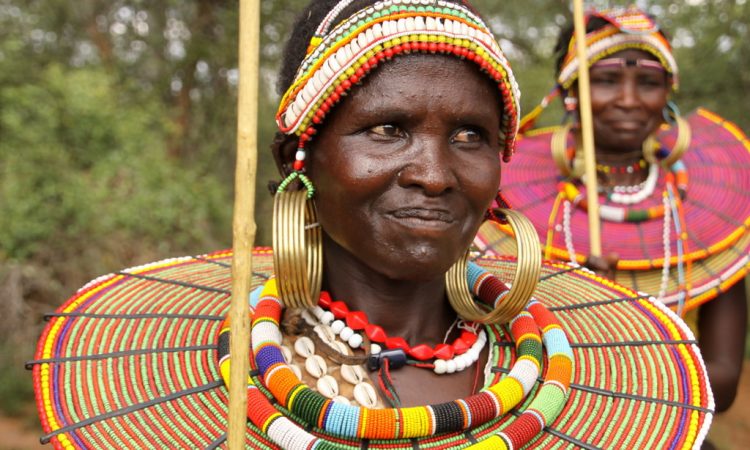 Tanzania’s Major Tribes  : Most people/visitors know Tanzania for its range of national parks and wildlife, trekking Mount Kilimanjaro, and gorgeous beaches in Zanzibar, but people should also know that Tanzania is famous for its variety of cultures, with over 100 tribes each practicing their unique culture. They share the national language, Swahili, but they still speak their native mother tongues frequently because each tribe has its own language. They also engage in local commerce as a source of income. Some of them live in villages, while others live in the country’s big cities, such as Mwanza, Arusha, and Dar es Salaam. However, some of the culture people who live in cities have now adapted to the modern/western way of life, including the wearing style, eating style, and dancing style, and when they return to their village birthplace, they do spread those cultures throughout the village/their home as a result, a growing number of tribes in Tanzania are beginning to adapt to the contemporary way of life. Tanzania’s top five main or major tribes are listed below.

This is the one of the main tribe found in Tanzania, The Chagga are Bantu-speaking people who live on Mount Kilimanjaro’s fertile southern slopes in northern Tanzania. Chagga tribe are the wealthiest/richest and most well-organized people in Tanzania. The land and agriculture methods of the Chagga allow for a very dense population. The Chagga people speak Kichagga as their primary language. Their dialect distinctions, the Chagga people can communicate with one another. Almost all Chagga people also speak Swahili, Tanzania’s official language. Swahili is the predominant language of instruction in elementary schools and is also spoken at work.

Bananas are the Chagga people’s principal diet. Bananas are also utilized in the production of beer, which is their principal local beverage. Bananas, millet, maize (corn), beans, and cassava are among the food crops grown by the Chagga. Cattle, goats, and sheep are also kept thus Tanzania’s Major Tribes .

The Sukuma are a Bantu ethnic group from the Great Lakes region of southeastern Africa. With an estimated 7 million members, or 16 percent of Tanzania’s total population, they are the country’s largest ethnic group. Sukuma means “people of the north” and refers to them. The Sukuma live in northwestern Tanzania, on or near the southern coasts of Lake Victoria and in various sections of the Mwanza, Mara Region’s southwestern corner, Simiyu Region, and Shinyanga Region’s.

The Sukuma, along with the Maasai tribe, are Tanzania’s “cowboys,” with a large herd of cows, sheep, and goats. This colorfully attired nomadic tribe has traditionally traveled across the country in search of grazing grounds for their cattle. They’re the most numerous ethnic group, standing statuesque in stature and wearing eye-catching body adornment. The tribespeople, who wear Stetson hats and wellington boots, are often clad in their traditional blue and purple cloth robes and carry hip blades and walking sticks to herd their cattle thus Tanzania’s Major Tribes .

They are semi-nomadic indigenous people who settled in northern Tanzania and Kenya. The Maasai tribe is well-known around the world and is one of the most popular ethnic groups due to its distinct traditions, dress, and proximity to East Africa’s many national parks. According to oral tradition, they originated in the lower Nile valley, north of Lake Turkana (northwest of Kenya). They began migrating south in the 15th century, arriving near the Tanzania-Kenya boundary, spanning the Great Rift Valley and neighboring territories from Dodoma to Mt. Marsabit.

Most important disagreements and concerns are occasionally resolved or determined by retired elders and older Maasai men, who are strongly patriarchal in nature. They are monolithic in character and worship Enkai or Engai as their god. Traditional Maasai music consists of rhythms produced by a chorus of harmonies performed by vocalists, with the melody sung by the olaranyani (song leader). The Maasai tribe is recognized for its brilliantly colorful clothing and traditional lifestyle, which revolves around cattle as the primary source of sustenance. A man’s wealth is judged in terms of children and livestock, but if he has numerous animals but no children, he is deemed poor.

In northern Tanzania, the Hadzabe are modern hunter-gatherer people. With roughly 1,300 individuals, they are considered one of Africa’s last hunter-gatherer tribes. This indigenous ethnic group lives around Lake Eyasi in the central rift valley and the Serengeti‘s surrounding plateaus in north-central Tanzania.

For many years, tourism and pastoralist encroachment have presented a serious danger to their continuation of their traditional way of life. The Hadzabe are semi-nomadic hunter-gatherers who belong to the Khoi (Person) and San (Foragers) cultural and linguistic groups. They have cultural ties to the Sandiwe people of Southern Africa, who have cultural ties to the Khoekhoe hunter-gatherer groups. Hadzabe women wear “Hangweda” made of native skin, and Hadzabe men are polygamists who follow a patriarchal social order.

The Hadzabe hunt for food using hand-made bows and arrows and forage for edible plants to survive. The Hadzabe diet consists mostly of plants, but it also includes meat, fat, and honey. They live in temporary shelters made of dried grass and branches and have few goods. The Hadza speak Hadzabe, a unique language that includes clicking and popping sounds as well as more common sounds. The Hadzabe have resided in their current location bordering the Serengeti plains since their initial days as a unique tribe, according to their own history, which they retain through oral tradition thus Tanzania’s Major Tribes .

The Datoga people, also known as the Mang’ati in Swahili, are agro-pastoral nomadic Nilotic-speaking people who live near Mt. Hanang, Lake Basotu, and Lake Eyasi in the Singida and Manyara Regions of north central Tanzania. The Datoga people live in the Rift Valley, specifically in the Arusha, Singida, Dodoma, Shinyanga, Tabora, and Mara regions. Around 70% can be found in the Arusha (Manyara) Region’s current Hanang and Mbulu districts. The Datoga people claim to be Tanzania’s oldest tribe (the Maasai and Bushmen also claim this status). The Datoga are a proud race of fierce warriors, renowned for their ability to eliminate their foes through stealth.