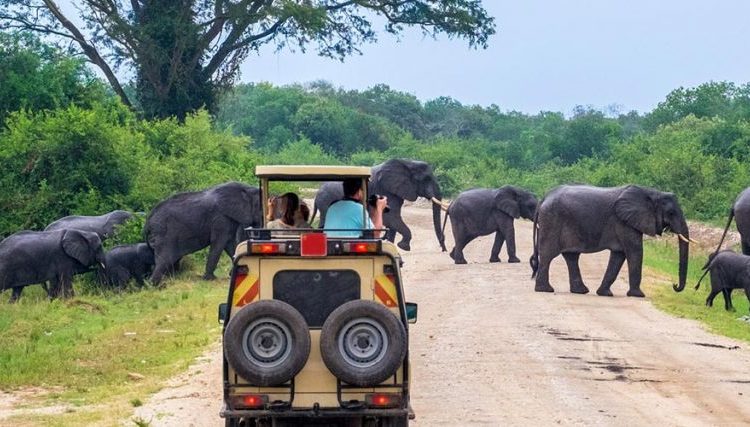 Game drives in Serengeti national park termed locally as an endless plain is one of the largest national parks not only in Tanzania but Africa at large. The great experience of Serengeti can be fully executed through several game drives that take the guest close to the gates of nature viewing animals and other wildlife in different ecosystems of the Serengeti.

The park is divided into several sectors from the Southern end bordering Ngorongoro crater to the further North bordering Maasai mara national reserve and the seronera area which is central circuit where most of the Morning game drives are done. The game drives of Serengeti are subdivided in to four major groups those are:

Morning game drives which are done pre breakfast or after breakfast depending on the arrangement of the tour operator with their guests, morning game drives are the most common and most rewarding game drives in Serengeti. Catching with an early bird in the bush, most of the animals are more lively or active during morning time especially during dry season when the water is scarce and animals depend mostly on the early morning dues. Big cats on sunbathing and mission of hunting is incredible, in fact 90% of the morning game drives are well stocked with true African wilderness experience with the best videos of African wilderness recorded in the morning.

The second is the Afternoon game drive done after lunch, this is mostly common during transit on the first day when transferring from Arusha to Serengeti via Ngorongoro where one gets its lunch boxes open at Nabbi gate before we head inside the seronera area of Serengeti. Enjoy the best enroute game drive. Sometimes these game drives are not much rewarding as the morning ones especially for the big cats they will be already hiding taking shelter due to hot sun but if one is lucky can still enjoy much as the morning one.

Full day game drive which is most done on our second day when we are in Serengeti we enjoy the best day waking up early have our picnic lunch boxes ready and hit the group drive most of the corners of the park. This is the game drive in which one fully feels the beauty and excitement of Serengeti national park with a lot of animals to be seen like Lions, tree climbing lions, leopards, Giraffes, Buffalos and many more.

On the last note are the night Game drives which are not common but available on request and they come with an extra fees as opposed to all the above which are only catered for by the park entry fees. Night game drives are only conducted by registered and authorized camps around the park at the fee of 50$ per person. They are great especially to film and photographers who want to get more details on the wildlife of the Serengeti identifying the nocturnal animals present at the park.

Game drives are much rewarding in Serengeti where you can have enough time to explore the best wildlife of the Serengeti seeing animals like 16 species of Antelopes for example the Oribi, Kobs, Wildebeest, kundu and many more, big cats like Lions, Leopards and Cheetahs other animals include hippos, giraffes, buffalos and many more.